Following their win at the Belmont Netball Tournament - where our U10A netballers enjoyed a clean run of victories against St Benedict’s, Haberdashers, Berkhamstead, Belmont and Stormont), the girls have won the annual Haileybury Shield Competition.  They faced Stormont in a thrilling final match, scoring 5-2 to be crowed the overall champions (pictured below). 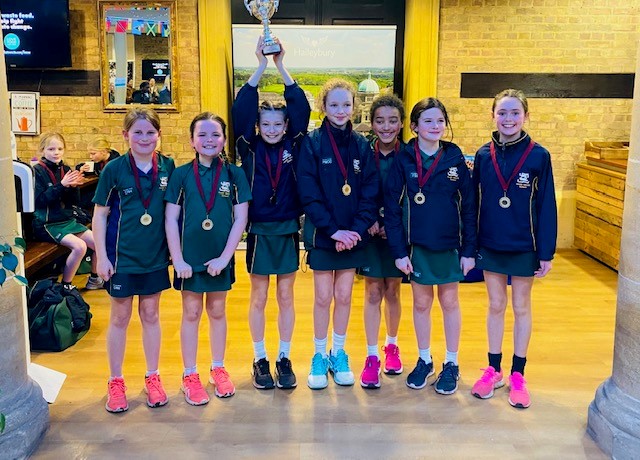 The Year 6 swimming squad travelled to Watford to take part in the Primary English Schools Swimming. The team qualified in all four races and will now travel to Sheffield to swim in the National Finals in June.