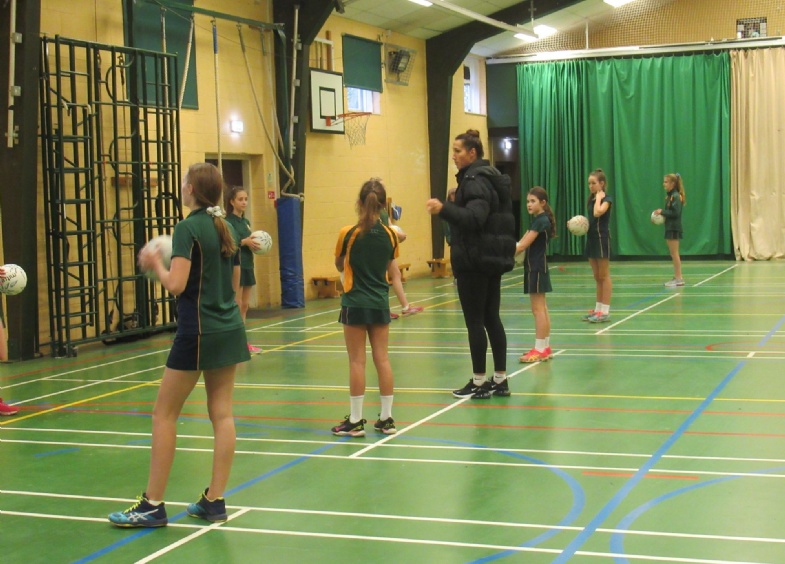 We are excited to announce our official Associate Schools Partnership with our local Superleague team, the Saracens Mavericks.  This new partnership will help develop our netball programme and give our pupils access to some of the country's top netball coaches and players as well as access to tournaments and workshops.  Last week, we were delighted to welcome pro player and coach Jo Trip who worked with some of the senior girls following on from her nutrition session with our sports scholars.  Jo was impressed by our work rate and the skills on display!

Our first Mavericks netball camps will be held during February Half Term at Heath Mount, places can be booked here.