As we continue learning online, our Prep School pupils have been given a mid-week boost in the form of our virtual lecture series.  Our fascinating speakers - whose resilience, passion, ambition and achievement has led to extraordinary and diverse careers - have given the children the opportunity to dream big as they look to the future.

Gareth Ellis-Unwin
Our last speaker before the half term break was none other than British film producer Gareth Ellis-Unwin.  Pupils were privileged to hear about his extraordinary journey from a rugby-playing, Slough schoolboy with a passion for film to Oscar-winning producer and the toast of Hollywood.

It is now nearly ten years to the day that Gareth accepted the 2011 Best Picture Academy Award for The King’s Speech starring Colin Firth and Helena Bonham Carter - and he is still pinching himself; “truly a childhood ambition come true”.  With seven feature films to his name, Gareth has now set his sights on encouraging a new generation of talent to break into screen industries.  “The business of film making in the UK is booming,” he says and requires a constant influx of talent and new ideas. Streaming services such as Netflix and Amazon have also contributed to a growing industry in the UK and there is a greater demand than ever for fresh content, well qualified crew and plenty of entry-level opportunities.  As Head of Film and Animation for national charity ScreenSkills, Gareth is ensuring that young people are aware of the opportunities and diverse careers available to them.  It is clearly a role that means a great deal to him.  As a young boy he was moved by the power of cinematic storytelling and harboured an ambition to enter the industry – despite having no contacts.  His hopes could have been de-railed in his teens by the dismissive school careers adviser who intimated he would never make it.  But as with all great stories of triumph, Gareth refused to let his dreams fall at the first hurdle and, after a chance encounter with some film students, took up the opportunity to study a BTEC diploma and gain the skills he needed.

While Gareth explained the role of a producer (“a bit like a property developer!”) he was keen to stress that every film employs a highly varied workforce made up of different character types and a multitude of skill sets: from set and costume designers and electricians to sound editors, script supervisors, colourists and VFX producers.

A career in film has allowed Gareth to travel to far flung corners of the world and meet a great variety of people. Gareth, who delighted the children with a close-up view of his Oscar and BAFTA awards, shared tales from his various film sets including Nomad in Kazakhstan when he was working as a first assistant director.  It was his first film on a large scale and he not only had to liaise with a 450 strong crew but 3,000 supporting artists in period costume including 500 on horseback!  “The sheer scale of it all” was the greatest challenge.  But not all films, he concedes, are such hard work.  He spent 3 months working on the beach in the Bahamas for another film and also got to travel through Northern Thailand.  The film industry, of course, has its pressures.  “I have to remain very, very patient in a high stakes industry with a lot of big egos and money at stake,” says Gareth.  Instead of rushing a decision or response, Gareth says he has always tried to remain calm and empathetic.  “ I try to be a good person.  In a high-pressure environment people forget to be a good human being first and foremost.” 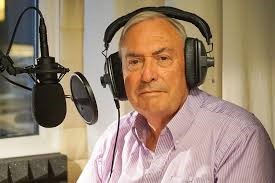 Our first lecturer of the Lent Term was Stuart Storey, an Olympian and former GB 110m hurdler who represented GB at the 1968 Olympic Games also known as the voice of UK Athletics - having provided TV commentary at ten Olympic Games and four Winter Olympics.  Stuart took us on a fascinating journey through his childhood and sporting history and had some useful words of wisdom for the children.  “Success for me is measured in improvement.  It is about you versus you.  If you’ve improved, you’ve succeeded.”  For the days that don’t go your way – whether in the sporting sphere or the arts or your academic work – “this is where your character comes in,” he says. “You must say to yourself: “I will not be beaten.”  Stuart used the example of his first heats in the All England 100m hurdle in which he came last.  One year later he was being presented with the gold medal; “going from last to first purely from the effort I put in over that year.”  His resilience and determination were the key to making progress.  His remarkable career as an athletics commentator involved plenty of different challenges but came hand in hand with witnessing some of the most famous moments in sporting history.  He cites Usain Bolt’s astonishing feat of running the 100m in 9.63 seconds at the London 2012 Games as his favourite Olympic moment of all time. 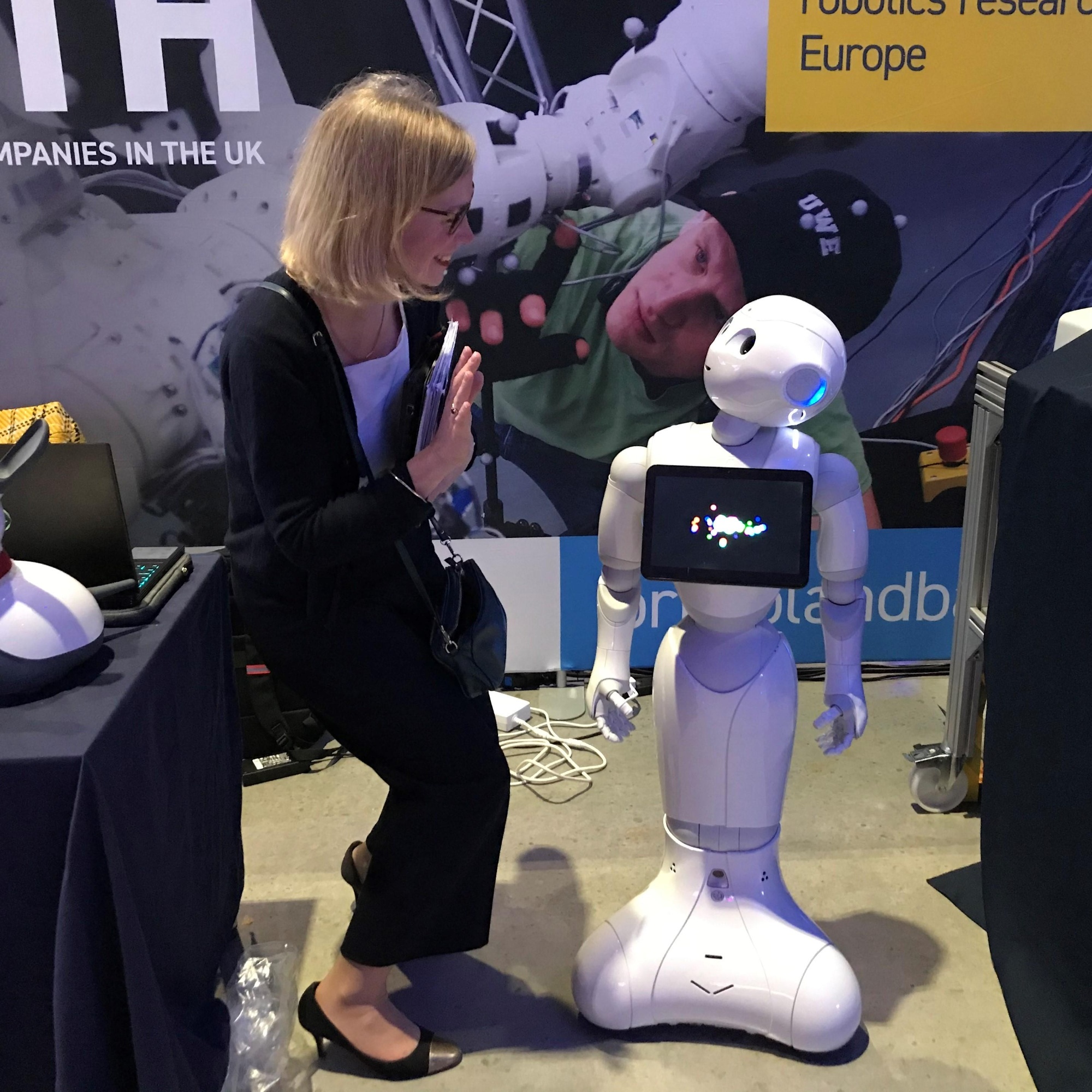 We were also delighted to welcome Mrs Catherine Hammon, a Digital Transformation Knowledge Lawyer at international law firm Osborne Clarke LLP.  Her role is to look at the digital future and how technology is changing our lives and as such follows all aspects of digital transformation and transformative technologies, including artificial intelligence, robotics, drones, blockchain and cryptoassets, virtual/augmented/mixed reality, quantum computing, autonomous transport, 3D and 4D printing, the Internet of Things and digital twins.  Catherine’s lecture was entitled ‘Growing Up In A Revolution’. Our pupils, she pointed out, are growing up in the fourth industrial revolution, a digital transformation of amazing technology that is making our lives easier. Her fascinating lecture included examples of how Artificial Intelligence is already helping in the Coronavirus pandemic as well as the prospect of driverless cars and the advent of quantum computers.  “We don’t know what we haven’t thought of yet,” says Catherine, “the future is exciting!”

Lucy Shepherd
‘Full-time adventurer’ wasn’t a career Lucy thought existed when she was growing up.  Yet for the last 10 years Lucy Shepherd has traversed mountain ranges, trekked through dense jungles and explored the Arctic.  Her adventurous streak stemmed, she says, from a love of climbing trees and being in the great outdoors as a child.  At the age of 18 she replied to an advert looking for young people to experience life on an island in the Arctic.  She was accepted and recalls the experience as everything she had hoped for.  But on her return, she was disappointed by the reaction of those around her who viewed the experience as  her ’once in a lifetime’ opportunity.  She was, she says, expected to return to a ‘normal’ life and a ‘proper job’.  “I got quite sad about that,” she admits.  However, after meeting some explorers who had managed to make adventure their life, it dawned on Lucy that she didn’t have to listen to the “dream-stealers”.  Lucy showed her determination to fulfil her dreams, learning skills and fundraising, visiting the Arctic again as well as the Amazon jungle.  She regaled pupils with tales of terrifying encounters with polar bears, jaguars, the deadly bushmaster snake and bullet ants!  Her passion for adventure was utterly contagious and has no doubt inspired our pupils to push boundaries and keep their childhood sense of adventure into adulthood. 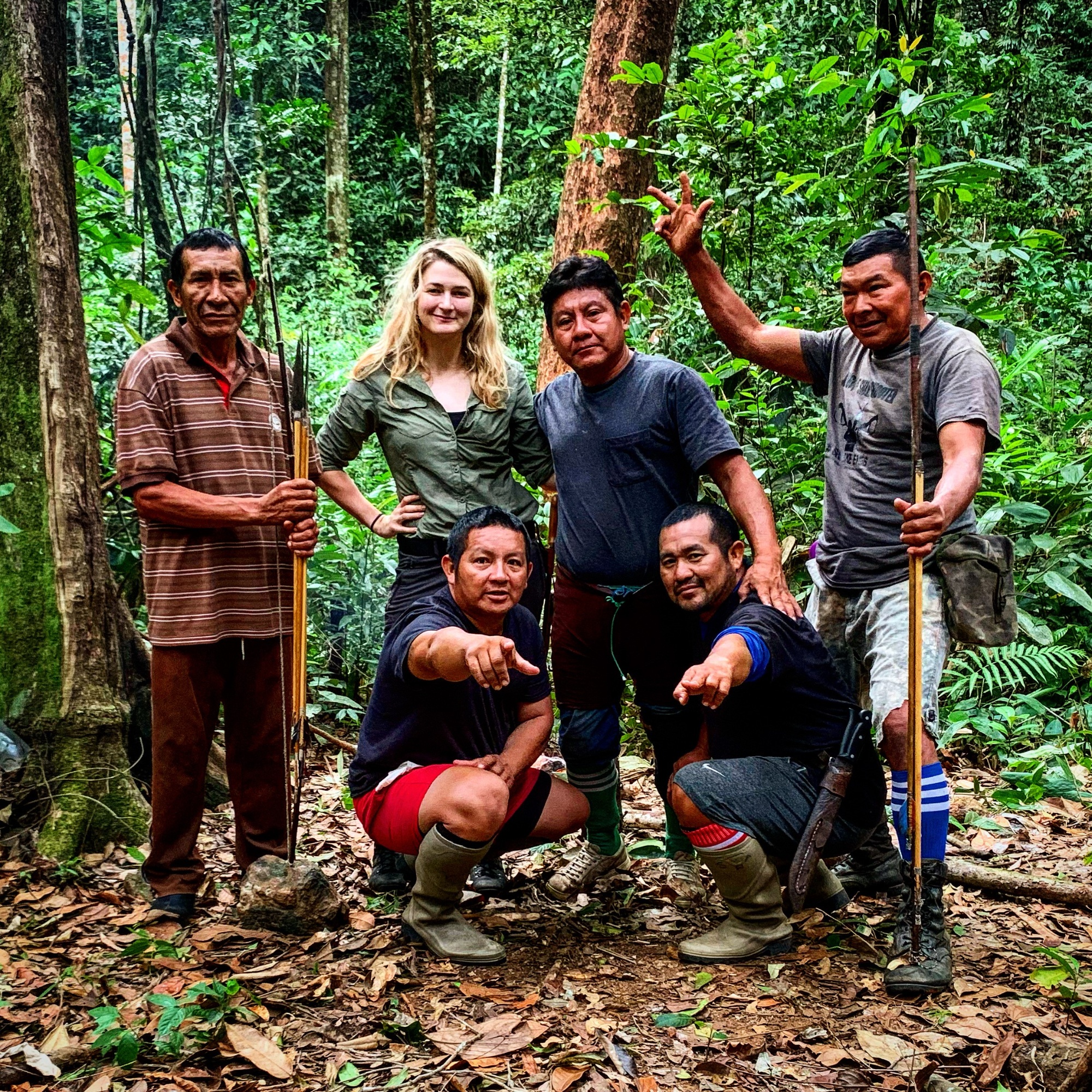