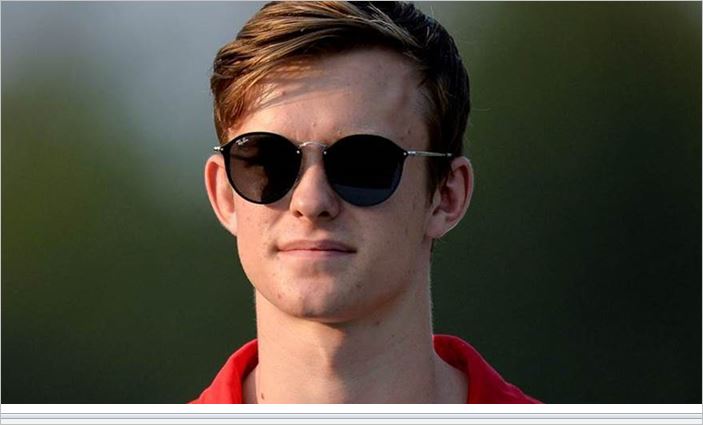 Callum Ilott is one of Britain's most exciting upcoming driving talents with a strong background in international karting.  He had his first drive in a kart just before his 7th birthday and took his competitive novice race licence as soon as he was 8. By 12 years old he had begun to impress the international karting scene by winning the under 16s Formula Kart Stars British Championship and finishing 3rd in the German National Championship (KFJ category).  He was selected in late 2017 by Ferrari to join its driver development programme, the Ferrari Driver Academy.  After a title-challenging GP3 campaign in 2018, he raced with the Sauber Junior Team in the FIA F2  Championship in 2019.

Ilott will be taking the role of Scuderia Ferrari test driver for the 2021 season and announced in April 2021 that he had also joined Alfa Romeo as a reserve driver following a stellar performance in the GT World Challenge Europe Endurance Cup.  Alongside his teammates, he finished fourth overall and third in the Pro Cup class. He has been described by Alfa Romeo team boss Frederic Vasseur as “one of the most talented (drivers) coming through the ranks.”

During his time at Heath Mount, Callum enjoyed musical success as part of Heath Mount's Bax choir which won the 2012 BBC Songs Of Praise Choir of The Year.