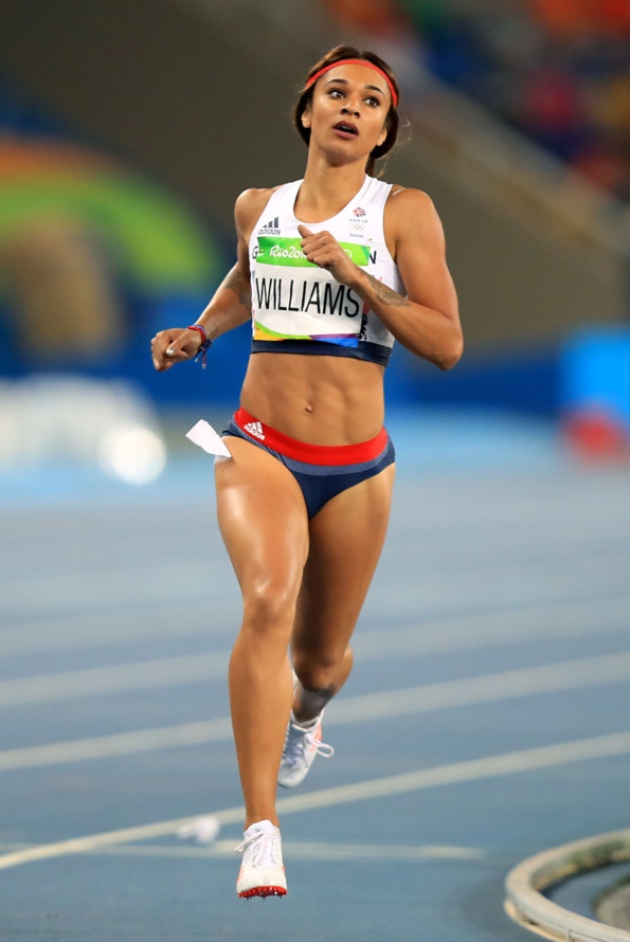 Olympic sprinter Jodie Williams has been described as the "sort of athlete every country is waiting for" by former UK Athletics Head Coach Charles Van Comenee. Born in Welwyn Garden City and educated at Heath Mount before joining Queenswood, she is renowned for her early track success.  Jodie was the top-ranked British woman over 200m at just sixteen years old.  She took both the 100m and 200m Gold at the World Youth Championships in 2009 and was unbeaten over 151 races between 2005-2010.  She was twice runner up for BBC Young Sports Personality Of The Year.  In 2011 she became the youngest winner of the Indoor Championships over 60m since Sonia Lannaman in 1971. At the European Athletics Junior Championships, Williams won the 100 m setting a new personal best and championship record of 11.18 s, breaking the previous record by 0.03 s.  She also won the 200m and collected a Bronze for the 4x100m relay.   Now one of the UK’s most successful young sprinters, she specialises in the 100m, 200m and 400m.  In March 2021 Jodie captained the GB and NI teams at the European Athletics Indoor Championships in Torun, Poland and won her first major medal, bringing home the bronze for the 400m.

In the summer of 2021 Jodie competed in the 2020 Tokyo Olympic Games.  One of eight women to break the 50-second barrier in the 400m semi-finals, she finished 6th in the finals.  Jodie and her GB teammates also finished 5th in the 4x400m final - the fastest time by a British quartet in fifteen years.