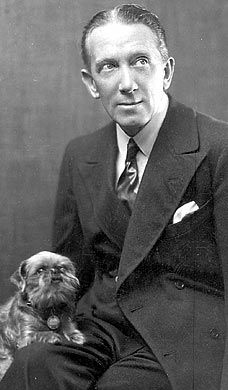 Sir Gerald du Maurier was an actor and theatre impresario and father of Jamaica Inn novelist Daphne du Maurier.  He was a pupil from 1882 – 1887. In a letter home he wrote “we had such a fearful pudding today that I hid it with my spoon. It was made of blancmange and plums, bad clotted cream and small black beetles.”  Our parents' association is named the du Maurier Society  in his honour.

Gerald continued his studies at Harrow before pursuing a career on the stage, including a part in his father's popular drama Trilby.  He famously played major roles in the premieres of two J.M.Barrie plays: as Ernest in The Admirable Crichton, and the dual role of George Darling and Captain Hook in Peter Pan, Or The Boy Who Wouldn't Grow Up. He also performed in other Barrie plays, including Dear Brutus.  His nephews, sons of his sister Sylvia, were the inspiration for J M Barrie's Peter Pan.